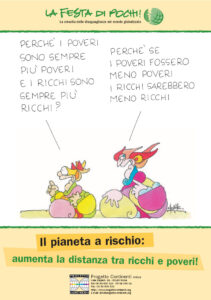 We live today in a world that hosts more than seven billion people in a context that is now almost completely globalized; this situation and the type of society that derived from it have led to many people experiencing serious problems with every aspect of their life (health, social, economic and cultural).

To put a brake on this trend since its inception Progetto Continenti, in addition to promoting solidarity and cooperation projects with the populations of some southern countries, works and engages in parallel in the north of the world.

Progetto Continenti therefore intends to deepen and propose (in particular in Italy) courses of Education for Global Citizenship, that know how to look with a critical eye and attention to the unsustainable poverty in which the majority of humanity lives, with particular regard to the structural mechanisms that constitute and maintain such poverty and the interconnections of the causes and the effects connected to it.

The Continents Global Citizenship Education sector is therefore engaged in Italy in promoting a new cultural approach to globalization, capable of: 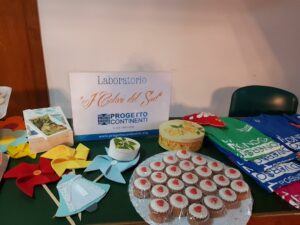